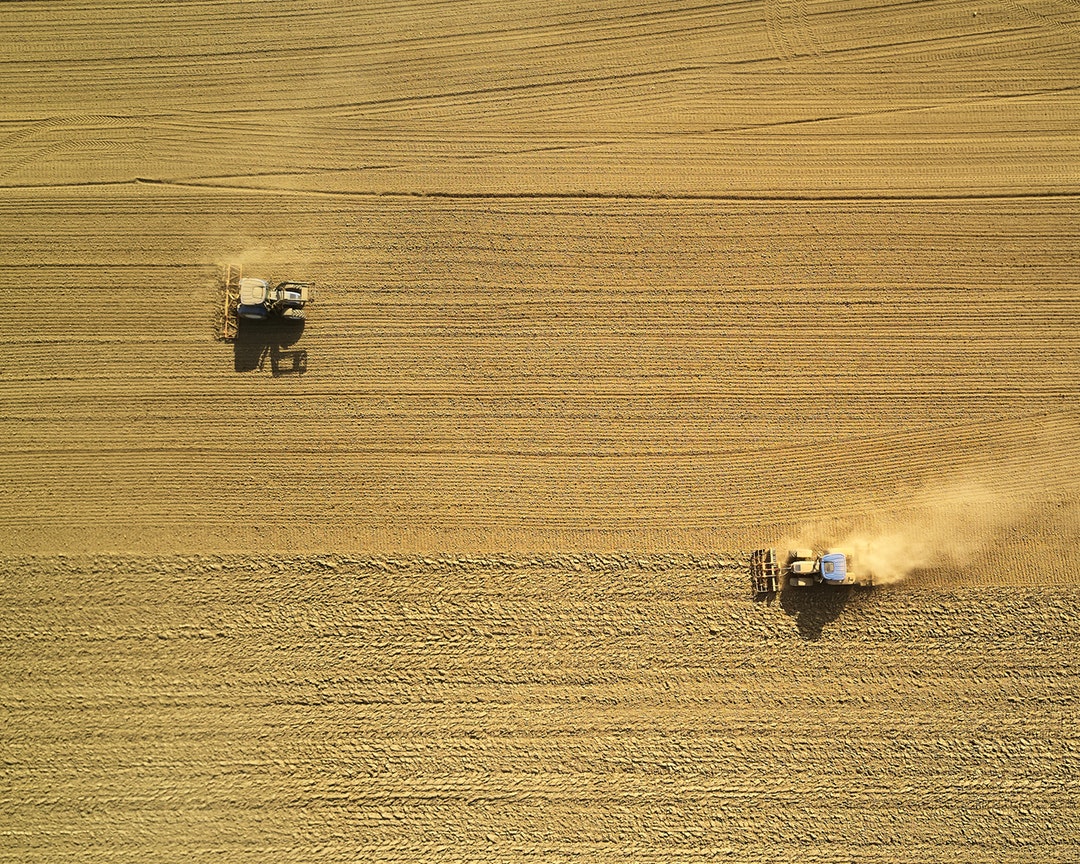 Feeling controlled by larger forces? There’s a good reason for that.

The US has one of the largest GDP per capita in the world, but the larger an economy is, the more it can wobble when the wheels come off an industry. The 2008 financial crisis taught us all a lesson on how we depend on certain industries.

Let’s take a look below at seven industries with a major economic impact and how they affect you.

To co-opt a phrase: society marches on its stomach.

Food is the basic lynchpin of civilization. Agriculture is what turned humans from hunter-gatherers into citizens of the world’s first cities.

If ancient crops failed, they could take the cities with them. If there was no agriculture, there was no city. The terms and scale may have shifted, but the basic principle remains the same. Without agriculture, our countries couldn’t exist.

That’s why farmers’ interests are still talked about so much in political discourse. Without farmers, we would have to import our food from abroad. That drives up the cost of food, crippling the spending power of individuals. Over time, that slows the economy down.

Expect to hear a lot more about the role of agriculture in the economy as environmental and climate problems continue to add up.

The modern lifestyle of the developed world couldn’t exist without our massive energy consumption.

The average US household consumes over 10,000 kWh of energy a year. It’s fundamental to our heating, food storage, laundry, and the vehicles we drive.

But for now, most energy is still tied to physical commodities like oil and gas, and distributor companies like Oil4Wales to deliver it. That means the scarcity of the supply can have a direct impact on the economy. Energy shortages can occur thanks to geopolitical factors and bring the economy to a halt.

As energy manufacturers set the prices, they influence our economy.

This is one powerful force driving renewables development. This allows countries to produce energy at home, decreasing the impact of politics on the industry.

Thanks to solar energy, even the economic situation of individuals is changing. For the first time since we transitioned away from chopping firewood, households can have a hand in producing their own energy.

Of all the industries on this list, the investment and banking industry has one of the largest impacts relative to its impact on the average person.

Investments dictate the fortunes of an economy by deciding where money moves and where it grows.

Investment’s direct economic impact is most obvious when the economy begins to speed up or slow down. Investments will respond in kind, with investors being more cautious during a slow economy. That causes a further slowdown until the economy can recover.

Conversely, investors can also benefit from slumps in areas like house prices. They can invest in property while prices are low and see returns when the market regains strength.

Investment is also one of the primary methods for foreign economies to influence a domestic one. Foreign investments, such as business loans and property purchases, give a foreign investor a foothold in the local country while also boosting the economy.

This is one of the reasons behind the controversial low tax payments of megacorporations. The loss of tax income from the company may be offset by the investment opportunities they bring.

Retail is the industry you likely interact with most on this list. Likewise, retail is the most direct link between the individual and the economy.

When you spend money, you’re boosting the economy. You put your money back into the system. Retail is the most obvious way to do that.

You can also think of retail as the agriculture of the modern city. It plays a direct role in the city’s cash flow and can also cause severe economic problems if the stores in a city close en masse.

You can look at the last couple of decades to see the interplay between retail and the economy. Your downtown area probably looks different now compared to life before online shopping. Many brick and mortar stores have struggled to compete, turning some shopping districts into ghost towns.

Healthcare is one of the largest industries in the US. Everyone will need medical care at some point in their lives. The profits generated by healthcare providers and medical insurers are inevitable.

The economic weight of healthcare gives countries a choice between placing the burden on the individual and placing it on the state.

Construction is one of the oldest and largest industries still influencing the economy today. It’s obvious when you think about it: few other industries could exist on a modern scale without construction projects.

The construction industry produces power plants, business properties, and homes for buying and selling. It builds hospitals and shops.

New construction projects can also promote tourism or boost another sector like retail or energy.

Construction, like investment, is also a business language for the super-rich. Buying and selling land for construction projects is a powerful diplomatic tool for businesses.

The role of engineering in the economy has a lot in common with construction. It’s one of the fundamentals behind almost every other industry.

Many engineering companies work with everything from automobiles to military vehicles to energy. That means they play a role at almost every economic level.

When engineering jobs are under threat, a country’s ability to manufacture goods also reduces. That leads to a country having one less economic advantage. Over time, this bleeds into other industries, as experienced workers must come from abroad.

The Economic Impact of Industry and Why You Care

Now you have a clearer impact of the economic impact of various industries, you can see how industry affects our economy and your daily life. While there’s not much you can do about them on a personal level, understanding these forces will make the vagaries of the economy that much clearer.

Looking for a business in one of the industries above? Find our providers here.