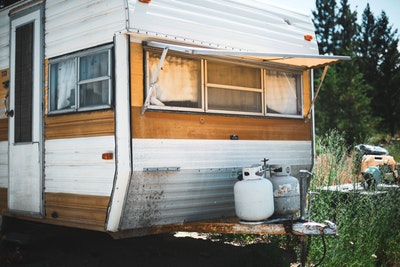 So, you think you know propane?

Sure, you may have hooked up a canister or two in your time, but we bet there’s something here even the most experienced user would be surprised to learn about propane gas, our warming friend for many situations.

Propane may appear as a gas to us, once it comes out of the stove, but the beauty of it is that it can be turned into a liquid, known as LPG or liquefied petroleum gas.

The gas is compressed into this form, which explains why canisters are so heavy.

Propane delivery is an easy, safe and convenient way to get your propane supplies. The fact that it comes in a liquefied form makes it eminently transportable and allows it to be stored securely until needed.

But did you know that that tell-tale odor is actually added later, as a safety mechanism? In its natural form, propane basically has no odor of its own. That would make it extremely dangerous, as a gas leak would be near impossible to detect.

The odor added to the gas is ethyl mercaptan. Just rolls off the tongue, doesn’t it?

Its odor has been described as somewhere between that of a skunk and garlic. No wonder we’re quick to spot gas leaks and get them sorted!

3. It Employs Many Americans

Propane gas is not only a handy fuel, but it’s also keeping food on the table in many American homes.

Some 145,000 American workers are employed in the production, supply and trade of wholesale, making it an important source of jobs nationally.

Add to this the fact that the use of propane is growing among Americans, and its likely that these figures will continue to rise in the future.

Propane is a great alternative to gasoline. Cars are fitted with a propane tank, that can be refilled at gas stations offering LPG.

They come in two varieties, both running on the same liquefied gas. The ‘vapor’ system lets fuel travel in liquid form along the fuel line, where it is converted into a vapor.

In ‘liquid injection’ systems, the fuel is not converted into a vapor until it reaches the fuel injector. This is the more fuel efficient system, and also the best for the performance of the engine.

Cars that run on gasoline can often be converted to run on propane, or LPG, by retrofitting a fuel tank and by making further modifications. This can help to lower your gas costs, although it’s not suitable for all vehicle types.

Unlike other fuels which are often imported from other countries, the United States is self-sufficient when it comes to the production of propane gas.

In fact, the US is such a big producer of propane, that it is able to export around 1 million barrels of the stuff to Asia each year. This means that about 50% of all propane produced is exported.

This has an impact on the cost of propane, meaning that it is consistently more affordable than alternative fuels.

We’ve already mentioned that propane can be used to fuel cars, and you’ve no doubt used small canisters when camping or running a gas grill at home.

However, propane uses go far beyond just these. It can also be used in the home for space heating and water heating.

It also has many commercial applications. We all appreciate greenhouses, supplying us with food year-round, despite local temperatures. This is possible due to propane gas, which is used to keep greenhouses toasty warm!

A good heating contractor will be able to advise you whether propane could be the right choice for heating your home.

7. All Propane is LPG, but not all LPG is Propane

Propane is always supplied in its liquefied form. That’s because it’s able to be compressed at relatively low pressure, and it’s so much easier to transport that way. In this form, it is always known as LPG.

However, sometimes, gases sold as LPG contain other gasses.

Although you might assume your canister of LPG is pure propane (and it may well be), there is a possibility that it’s actually made up of other gasses, such as butane and isobutane. You can even get LPG that is a mixture of all three.

However, there’s no need to worry, as all behave in the same way and perform the same function when used from the canister.

OK, great — what does that have to do with me? You may well be thinking along these lines.

However, it’s actually an important consideration when using propane as a space heater, for cooking or for heating water. You want to use a heat source that heats up quickly (propane heats up instantaneously) and that is energy efficient in the process.

Whereas you have to wait a long time for an electrical element to heat up (think of pre-warming an electric oven) with a propane fuel source, the heat is there from the word go.

This means that propane water heaters heat water much faster than electric ones. Although they cost more initially, they save you money in the long run, as they are more fuel efficient.

The final bonus to using propane — when the lights go out, all your propane-fired appliances continue running with no issues. If you’re in an area prone to power cuts, that’s a major advantage.

Have all these propane facts got you interested in learning more?

Propane is still a fossil fuel, but it looks like it will continue to have an important place in supplying the energy needs of Americans for the considerable future. The good news is that as fossil fuels go, it is also one of the cleanest.

Whether you’ve got a house to heat, a vehicle to power, or even a farm to run, propane could well play a major role in keeping you warm and on the move into the future.

Like more info on running your home safely and efficiently? Click here for our Home Repair blog today!