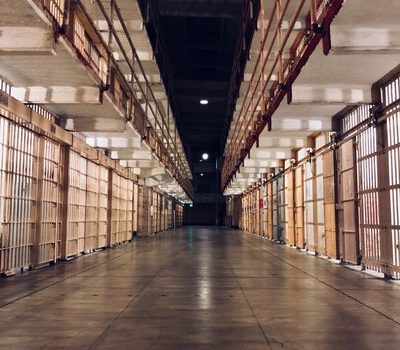 Getting a call from someone you love who’s in jail is not an easy phone call to take.

At first, you feel helpless. Then, frustration sets in. After those emotions pass, you may even feel angry.

If you’ve never been in this situation before, bailing someone out of jail can get confusing. How do you know where to go or what to do?

Once you figure that out, how do you know which bail bond you need?

In this post, we give you a quick overview of the different types of bail bonds so you know which one you need.

There are five types of bail bonds. But technically seven ways your loved one can get released from jail.

Before we go over the ones that involve money, let’s discuss two types that get categorized as bail bonds, even though you don’t think of them that way.

The first is a release on citation or citation release. This is also known as getting a citation or a ticket. Instead of the responding officer taking you to jail, the cop writes you a citation.

Most states issue citations for traffic tickets or minor misdemeanor offenses. Four states even write citations for some felonies. If you receive a citation, you may have the option of paying a fine or going to court.

The second most favorable type of bail is a recognizance release. Some states call this “release on your own recognizance.”

This means that no money changes hands to get out of jail. The arrested party signs paperwork promising to appear before a judge on a specific court date. If the person fails to appear, the judge could issue a bench warrant or impose a fine.

Now, let’s get into the other five types of bail bonds that do involve money.

Cash bail is exactly how it sounds. The accused person pays cash to get out of jail. Some states allow this to get paid via check or credit card.

A property bond isn’t allowed in all states. If your loved one has hired a criminal defense attorney, you should ask them if your state allows property bonds.

If they do, this means that property can be put up as collateral for the bond. The court puts a lien on the property in the amount of the bail. If the accused doesn’t show up to court, the courts can foreclose on the property.

Property bonds come with a huge price tag: They take time. Sometimes, your loved one can spend weeks in jail waiting for a property bond to get processed.

This is the bond you’re most familiar with. A surety bond is your standard bail bond.

You contact a bail bondsman, who is backed by a surety company which is a special type of insurance agency. The bail bondsman pays the bail, charging a fee, usually 10%. They also collect collateral like a house deed or car title.

They secure the bond, paying it on the accused’s behalf, and the accused then “posts bail.” If the accused fails to appear in court, a bail bondsman will come after them, looking for their money.

If you have more questions about this type of bond, this website may be able to help.

An immigration bond is only for non-residents and non-citizens. This is a very difficult bond to secure because special criteria must be met. If you’re in need of this type of bond for a non-citizen, contact an immigration attorney for help.

Like an immigration bond, a federal bond also involves special circumstances. When your loved one gets accused of a federal crime, you can only bail them out using a federal bond.

You handle this type of bond directly with the federal court. This means you don’t go to a bail bondsman. Courts accept both cash and property as collateral.

Getting out of Jail Isn’t Always Free

You hope you never have to answer the call that a loved one is in jail. But, now you know the different types of bail bonds available. You can now make an informed decision on which bond fits your loved one’s situation best.

But you’re loved one will also need legal representation. If you need help finding a lawyer, visit our legal blog for tips on hiring an attorney.